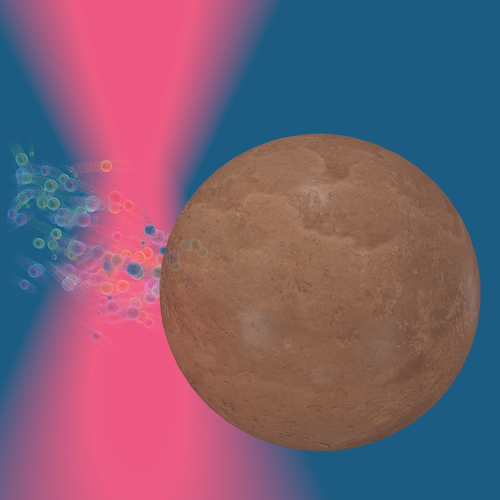 We experimentally demonstrate a microscopic engine powered by the local reversible demixing of a critical mixture. We show that, when an absorbing microsphere is optically trapped by a focused laser beam in a sub-critical mixture, it is set into rotation around the optical axis of the beam because of the emergence of diffusiophoretic propulsion. This behavior can be controlled by adjusting the optical power, the temperature, and the criticality of the mixture.