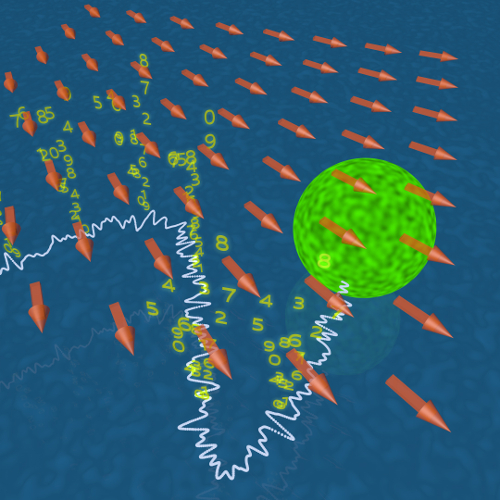 The details of the presentation can be found below. The link to the webinar is announced on the faculty website.

Abstract:
Unlike their macroscopic counterparts, microscopic systems do not evolve deterministically due to the thermal noise becoming prominent. Such systems are subject to fluctuations that can only be studied within the framework of stochastic thermodynamics. Within the last few decades, the development of stochastic thermodynamics has lead to microscopic heat engines, nonequilibrium relations and the study of anomalous diffusion and active Brownian motion. In this thesis, I experimentally show that the non-Boltzmann statistics emerge in systems that are coupled to an active bath. These non-Boltzmann statistics that result from correlated active noise also disturb the nonequilibrium relations. Nevertheless, I show that these relations can be recovered using an effective potential approach. Next, I demonstrate an experimental realization of a microscopic heat engine. This engine is referred to as the Brownian gyrator, which is coupled to two different heat baths along perpendicular directions. I show that when confined into an elliptical trap that is not aligned with the temperature anisotropy, the Brownian particle is subject to a torque due to the symmetry breaking. This torque creates an autonomous engine whose direction and amplitude can be controlled by tuning the alignment of the elliptical trap. Then, I show that the force fields acting on Brownian particles can be calibrated using a data-driven method that outperforms the existing calibration methods. More importantly, I show that this method, named DeepCalib, can calibrate non-conservative and time-varying force fields that no standard calibration methods exist. Finally, I show that a similar machine-learning-based approach can be used to characterize anomalous diffusion from single trajectories. This method, named RANDI, is very versatile and performs very well in various tasks including classification, inference and segmentation of anomalous diffusion. The work presented in this thesis presents novel experiments that advance microscopic thermodynamics as well as newly developed methods that open up new possibilities in analyzing stochastic trajectories. These findings increased the scientific knowledge at the nexus between microscopic thermodynamics, anomalous diffusion, active matter and machine learning.