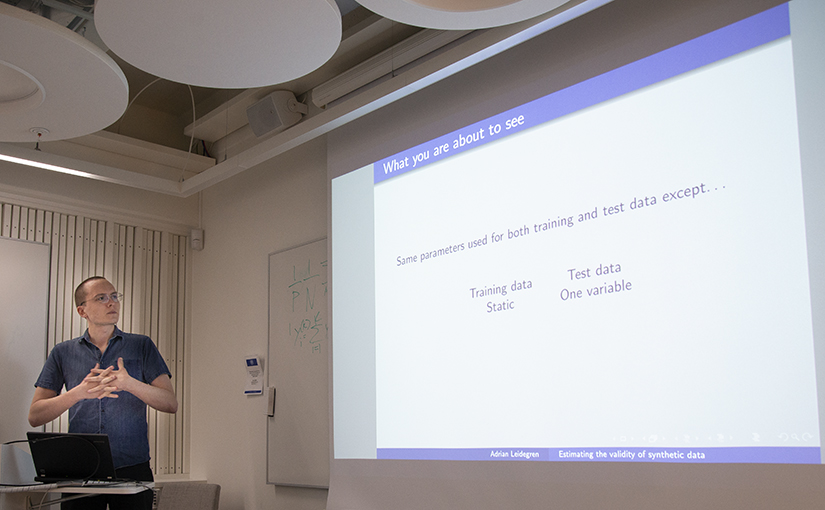 The use of synthetic data has the potential to yield unlimited amounts of resources for use in training neural networks. This is however contin- gent on finding the right parameters to use with the data-generating system. As a worst-case scenario this would be done by careful guesswork. Herein is presented an alternative that has the potential to automate this work. The Deeptrack system for particle tracking in digital video microscopy was used as a framework, due to its ability to generate synthetic data from a handful of parameters. An ensemble was trained according to one set of parameter values and tested against a set of test data generated by the same parameters except for one, which was made to vary over a wide range. To contrast this, using a new parameter set, another set of test data was generated alongside several ensembles where one parameter was varied for each ensemble’s training data.

It was found that the limiting density of discreet points as a function of the vary- ing parameter had a local minimum around the region where the variable matched the same parameter’s value in the other data set, be it training or testing. This shows the possibility of using ensembles of neural networks to identify the most suitable parameter values in Deeptrack to ensure that the synthetic training data is represen- tative of the laboratory test data. There may also be a wider use case to this technique as a means of estimating confidence in the networks’ predictions.