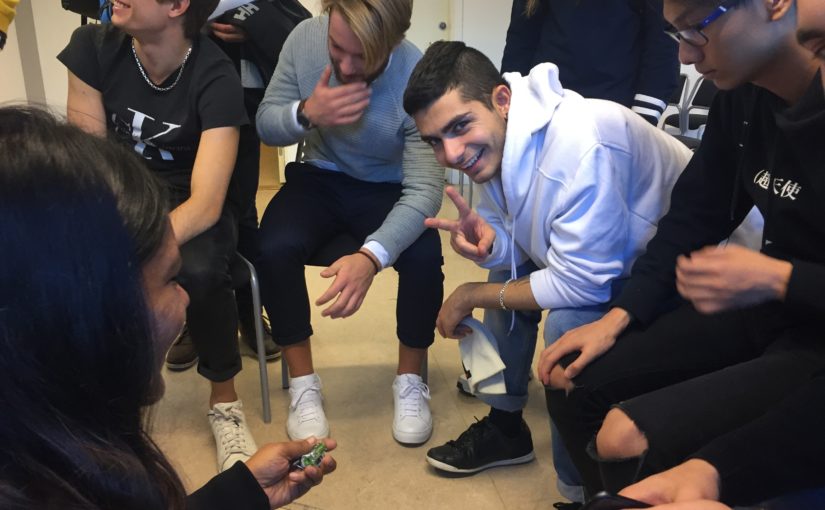 Jalpa Soni reports on her outreach experience on 28 September 2018 to a local high school within the “European Researchers’ Night”. 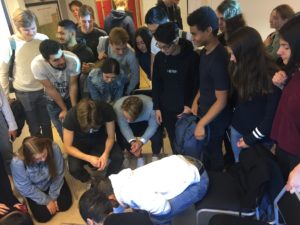 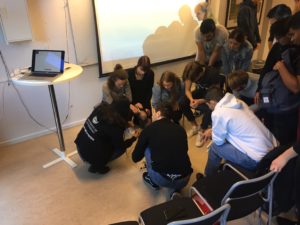 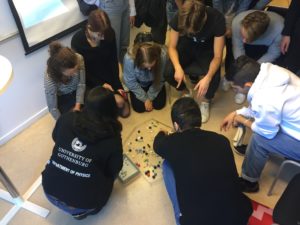 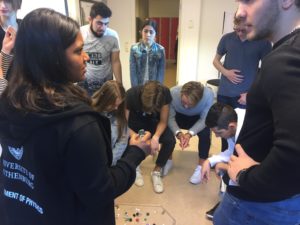 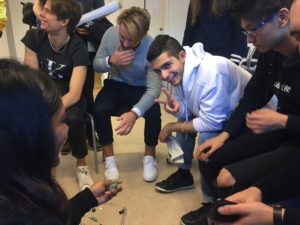 On Spetember 28, 2018 under the realm of “European Researchers’ Night”, organised by Marie-Skolodwska-Curie Actions (MSCA, H2020), Brussels became the hub of science and research communication with the general public. Researchers from across Europe, mainly funded by various H2020 programs, gathered in Brussels to celebrate scientific temperament and spread its importance in everyday life.

Other than Brussels, universities and research institutions in over 340 cities all over Europe and neighbouring countries also participated in similar events where science and research was celebrated.

The University of Gothenburg (UGOT) also participated in this event by organising school visits for researchers to talk about science and life as a researcher to young students. Thanks to UGOT, I also got a chance to get involved in the “Researchers’ Friday” to go to a school and interact with students about my work and about researchers in general.

I visited the school named KLARA Teoretiska Gymnasium to talk to final year high school students who are about to enter university in a couple of months. Therefore, this was the ideal age group who might be interested in choosing science for higher education and would be curious about how is it to be a scientist.

I intended to tell them about my research project as well as to connect its implications in everyday scenarios of life. Beyond that, I was hoping for an engaging question-answer session where they could ask me anything related to science as a career.

I prepared a small speech where I could tell them about what I work on, and why, and to mention several related phenomena of nature. I also intended to tell them about the kind of applications of my experiments.

It was a wonderful experience. It really exceeded my expectations.

I have been involved in outreach activities before as well, but this was my first such experience in Sweden and I loved it. The students were very interested in what I had to say and what I was working in.

The following Q&A session was quite interesting as they asked many questions ranging from why I decided to study physics to how is it to live in different countries! Some wanted to know how scientists find the problems they work on and some were more interested in how do researchers keep motivated if an experiment fails!

At the end, they also had fun with the hands-on experiment I had brought with me to demonstrate some of the things I had talked about.

It was quite amazing to see that young students, on the verge of entering university, were so aware of the need of scientific mindset in general. I hope that some of them will choose research as their future interests and will contribute to the quest of knowledge.

Here is my speech:

My name is Jalpa and I am a researcher at the university of Gothenburg. I work at the department of Physics, which means I am a physicist. But what is it that I actually do? and more importantly why? Well, physics is behind almost everything we do in our everyday life! All of the technologies, radio, TV, computers, phones or the way we travel around with bikes, cars or planes came into existence because of physics. The very nature of universe can be understood with the laws of Physics. You might have heard the saying that “mathematics is the language of science”, and it’s true, isn’t it? But physics is the heart of science! From looking at stars in the universe to how we “see” things can be understood with Physics. However, today our knowledge has expanded so much that science is branched out in so many fields and subfields. And all these subfields are also being updated everyday, bringing more data. More data means more understanding. More data also means more challenges… and that means more technological developments. One of the recent example is the new iPhones that Apple announced this month. If you have followed, you might already know that their newer models are running on a nanometer size chip – that is one-billionth of a meter – claimed to be the smallest chip for a smartphone ever! That has been possible because physicists have been studying what happens at those scales with matter.

A billionth of a meter! Being able to study something that small is fascinating, right? A few decades ago, that would have been unimaginable, except for science fiction maybe. But today we talk about nanorobots that can go in our bodies and perform medical tasks for us! Technological advances have once again reduced the boundaries inside science and once again interdisciplinary science is becoming more exciting, to use it to improve life in general.

I also work in both biology and physics, occasionally using some chemistry as well as a bit of maths to explain the theory of my experiments. Among my various projects, the main theme is to study small things – of micron size – that is one-millionth of a meter. Specifically, I study the pattern of microorganisms (like bacteria), how they move around in various conditions.

But the effects I study with them are observed even in human scales. (showing some slides with images at this point)

So, one of my project is related to this. We study bacteria in a complex environment and see how they find their way around it. We put some bacteria and some small particles (around the same size as bacteria but made of silica) together and monitored what happens to the bacteria. As it turns out they make highways, which are reused by the following bacteria, and this way they actually move in longer distances compared to when there are no obstacles. Bacteria alone move in more circular patterns, while in an obstacle environment their circles get bigger! We are trying to understand the mechanism behind this kind of motion and we want to see if that can be used to design artificial robots based on bacterial motion.

Now, I also want to study these things in three dimensions, more realistic! The read world is 3D! So I am building a microscope to do 3D imaging at high speeds to monitor live motions of these microorganisms. It’s called a light-sheet microscope and it looks like this! Not at all like a typical microscope! And this is one of the 3D video I took earlier this week. It’s short, but I think you can see the 3D volume and the motion of particles in 3D.

So, this is what I do! I also work with some other projects and I will talk about them if you are interested. Thank you for listening and feel free to ask any questions!