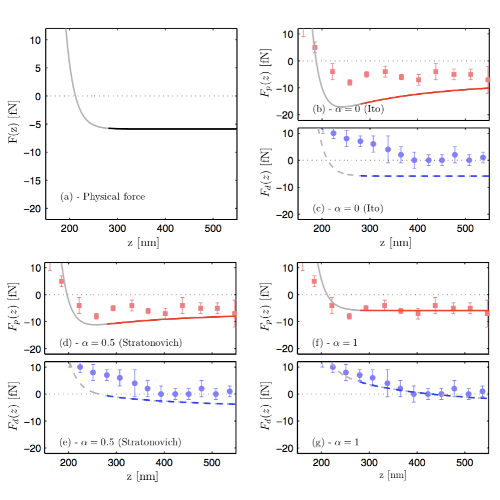 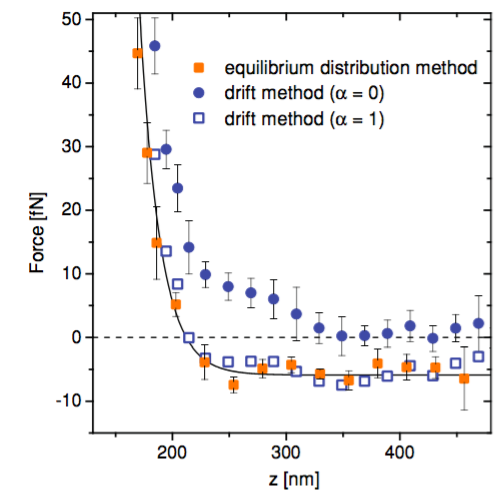 The study of microsystems and the development of nanotechnologies require alternative techniques to measure piconewton and femtonewton forces at microscopic and nanoscopic scales. Among the challenges is the need to deal with the ineluctable thermal noise, which, in the typical experimental situation of a spatial diffusion gradient, causes a spurious drift. This leads to a correction term when forces are estimated from drift measurements [G. Volpe, L. Helden, T. Brettschneider, J. Wehr, and C. Bechinger, Phys. Rev. Lett. 104, 170602 (2010)]. Here we provide a systematic study of such an effect by comparing the forces acting on various Brownian particles derived from equilibrium-distribution and drift measurements. We discuss the physical origin of the correction term, its dependence on wall distance and particle radius, and its relation to the convention used to solve the respective stochastic integrals. Such a correction term becomes more significant for smaller particles and is predicted to be on the order of several piconewtons for particles the size of a biomolecule. 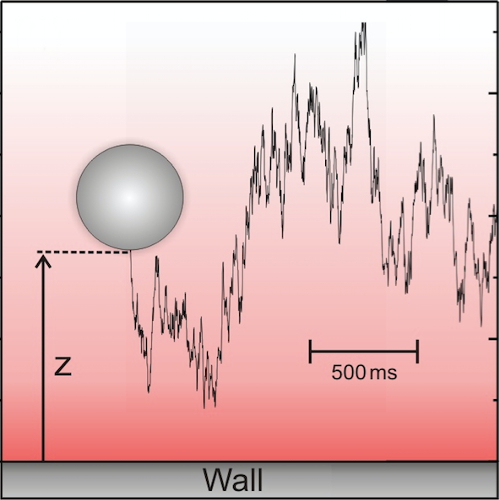 We demonstrate how the ineluctable presence of thermal noise alters the measurement of forces acting on microscopic and nanoscopic objects. We quantify this effect exemplarily for a Brownian particle near a wall subjected to gravitational and electrostatic forces. Our results demonstrate that the force-measurement process is prone to artifacts if the noise is not correctly taken into account. 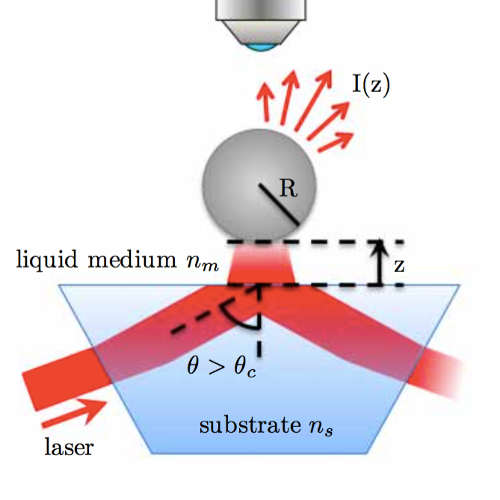 Total Internal Reflection Microscopy (TIRM) is a sensitive non-invasive technique to measure the interaction potentials between a colloidal particle and a wall with femtonewton resolution. The equilibrium distribution of the particle-wall separation distance z is sampled monitoring the intensity I scattered by the Brownian particle under evanescent illumination. Central to the data analysis is the knowledge of the relation between I and the corresponding z, which typically must be known a priori. This poses considerable constraints to the experimental conditions where TIRM can be applied (short penetration depth of the evanescent wave, transparent surfaces). Here, we introduce a method to experimentally determine I(z) by relying only on the distance-dependent particle-wall hydrodynamic interactions. We demonstrate that this method largely extends the range of conditions accessible with TIRM, and even allows measurements on highly reflecting gold surfaces where multiple reflections lead to a complex I(z).