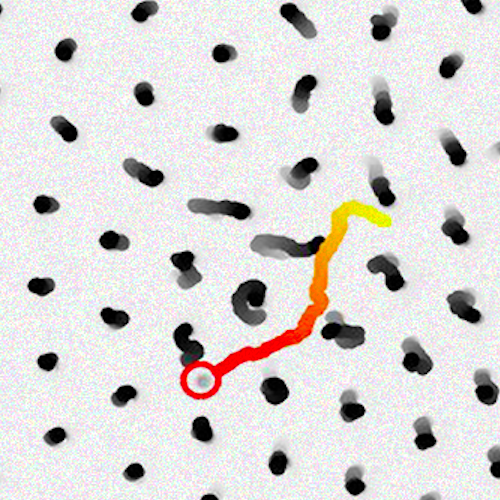 We study experimentally and numerically the motion of a self-phoretic active particle in two-dimensional loosely packed colloidal crystals at fluid interfaces. Two scenarios emerge depending on the interactions between the active particle and the lattice: the active particle either navigates throughout the crystal as an interstitial or is part of the lattice and behaves as an active atom. Active interstitials undergo a run-and-tumble-like motion, with the passive colloids of the crystal acting as tumbling sites. Instead, active atoms exhibit an intermittent motion, stemming from the interplay between the periodic potential landscape of the passive crystal and the particle’s self-propulsion. Our results constitute the first step towards the realization of non-close-packed crystalline phases with internal activity. 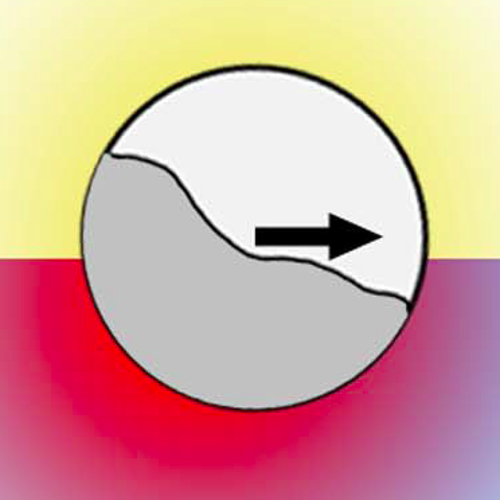