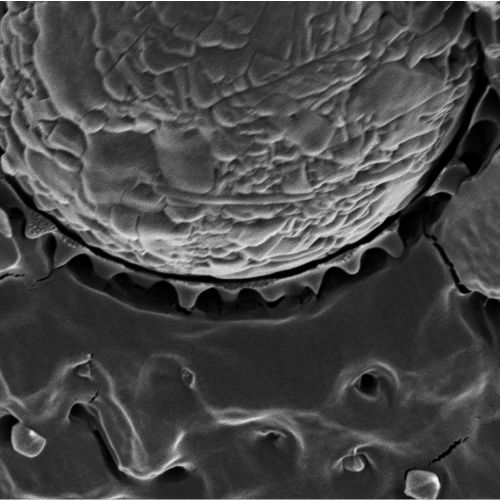 Temperature-responsive microgel-stabilized emulsions combine long-term storage with controlled release of the encapsulated liquid upon temperature increase. The destabilisation mechanism was previously primarily attributed to the shrinkage or desorption of the temperature-responsive microgels, leading to a lower surface coverage inducing coalescence.
Here, we link the macroscopic emulsion stability to the thermo-responsive behaviour and microstructure of individual microgels confined at liquid interfaces and demonstrate that the breaking mechanism is fundamentally different to that previously anticipated. Breaking of thermoresponsive emulsions is induced via bridging points in flocculated emulsions, where microgels are adsorbed to two oil droplets. These bridging microgels induce an attractive force onto both interfaces when heated above their volume phase transition temperature, which induces coalescence. Surprisingly, if such bridging points are avoided by low shear emulsification, the obtained emulsion is insensitive to temperature and remains stable even up to 80 °C.