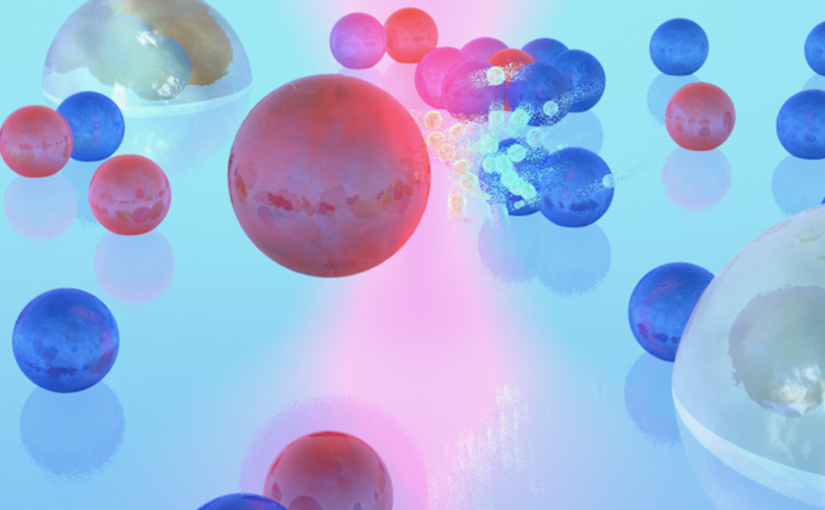 The motion of microscopic objects is strongly affected by their surrounding environment. In quiescent liquids, motion is reduced to random fluctuations known as Brownian motion. Nevertheless, microorganisms have been able to develop mechanisms to generate active motion. This has inspired researchers to understand and artificially replicate active motion. Now, the field of active matter has developed into a multi-disciplinary field, with researchers developing artificial microswimmers, producing miniaturized versions of heat engines and showing that individual colloids self-assemble into larger microstructures. This thesis taps into the development of artificial microscopic and nanoscopic systems and demonstrates that passive building blocks such as colloids are transformed into active molecules, engines and active droplets that display a rich set of motions. This is achieved by combining optical manipulation with a phase-separating environment consisting of a critical binary mixture. I first show how simple absorbing particles are transformed into fast rotating microengines using optical tweezers, and how this principle can be scaled down to nanoscopic particles. Transitioning then from single particles to self-assembled modular swimmers, such colloidal molecules exhibit diverse behaviour such as propulsion, orbital rotation and spinning, and whose formation process I can control with periodic illumination. To characterize the molecules dynamics better, I introduce a machine-learning algorithm to determine the anomalous exponent of trajectories and to identify changes in a trajectory’s behaviour. Towards understanding the behaviour of larger microstructures, I then investigate the interaction of colloidal molecules with their phase-separating environment and observe a two-fold coupling between the induced liquid droplets and their immersed colloids. With the help of simulations I gain a better physical picture and can further analyse the molecules’ and droplets’ emergence and growth dynamics. At last, I show that fluctuation-induced forces can solve current limitations in microfabrication due to stiction, enabling a further development of the field towards smaller and more stable nanostructures required for nowadays adaptive functional materials. The insights gained from this research mark the path towards a new generation of design principles, e.g., for the construction of flexible micromotors, tunable micromembranes and drug delivery in health care applications.