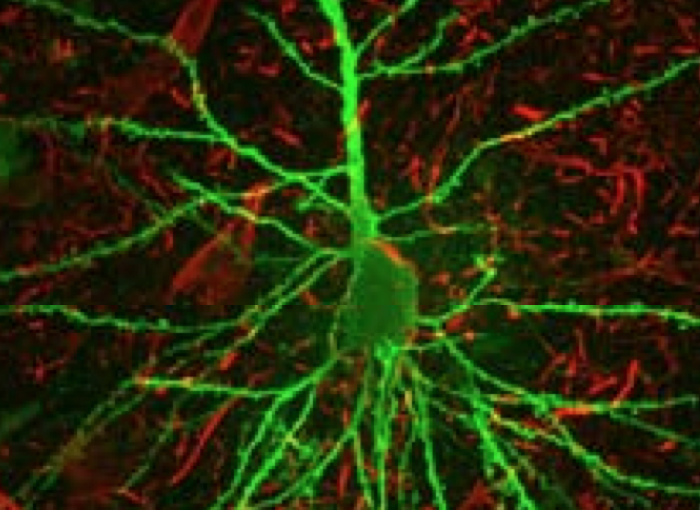 Alzheimer’s disease (AD) is a progressive neurodegenerative disorder characterized by a deterioration of neuronal connectivity. The pathological accumulation of tau protein in neurons is one of the hallmarks of AD and has been connected to the loss of dendritic spines of pyramidal cells, which are the major targets of cortical excitatory synapses and key elements in memory storage. However, the detailed mechanisms underlying the loss of dendritic spines in patients with AD are still unclear. Here, comparing dendrites with and without tau pathology of AD patients, we show that the presence of tau pathology determines the loss of dendritic spines in blocks, ruling out alternative models where spine loss occurs randomly. Since memory storage has been associated with synaptic clusters, the present results provide a new insight into the mechanisms by which tau drives synaptic damage in AD, paving the way to memory deficits by altering spine organization.