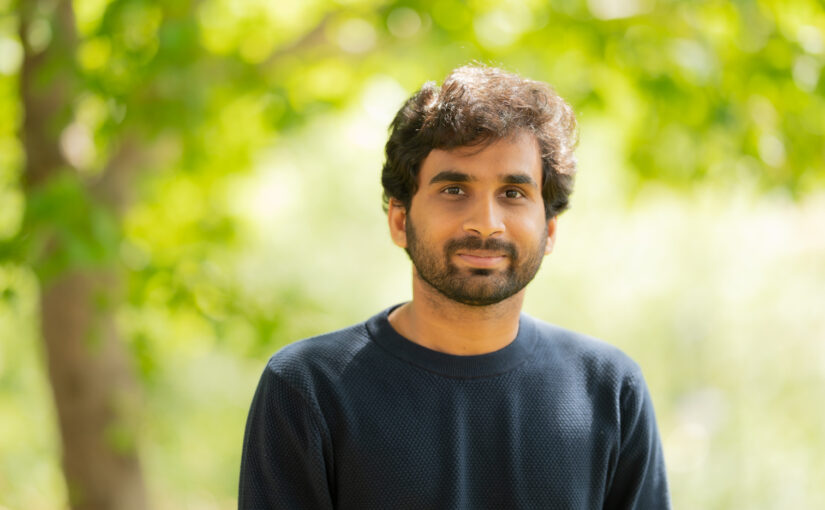 Optical vortices, beams carrying orbital angular momentum (OAM) per photon are of supreme interest in recent times for their wide variety of applications in quantum information, micro-manipulation, and material lithography [1, 2, 3]. Due to a helical phase variation in propagation, and an undefined phase at the centre, these beams have a phase singularity in their wavefront, resulting in the doughnut-shaped intensity distribution. Though the vortex beams have been widely explored in the past, the recent advancements on multiple particle trapping, single-shot material lithography, and multiplexing in quantum information [4] demand an array of optical vortices in a simple experimental scheme.

While the majority of the existing mode converters transform the Gaussian beam into a single vortex beam, the intrinsic advantage of the dynamic phase modulation through holographic technique allow the spatial light modulators (SLMs) to generate vortex arrays directly from a Gaussian beam. However, the low damage threshold of SLMs restricts their usage for high power vortex array applications.

Here, we elaborate a simple experimental scheme to generate high power, ultrafast, higher order optical vortex arrays. Simply by using a dielectric Microlens array (MLA) and a plano-convex lens we generate an array of beams carrying the spatial property of the input beam. Though we’ve verified the technique for the case of optical vortices, it holds true for a useful subset of structured optical beams. Considering the MLA as a 2D sinusoidal phase grating, we have numerically calculated the intensity pattern of the array beams in close agreement with the experimental results. We have also theoretically derived the parameters controlling the intensity pattern, size and the pitch of array and verified experimentally. The single-pass frequency doubling of the vortex array at 1064 nm in a 1.2 mm BiBO crystal produced green vortex arrays of orders as high as lsh = 12, twice the order of the pump array beam, with a conversion efficiency as high as ∼3.65% [5].