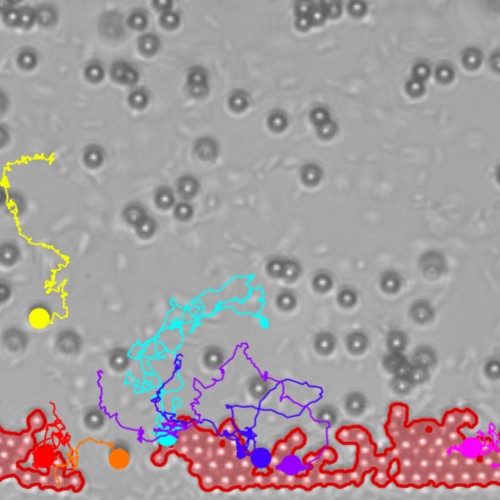 How particles are deposited at the edge of evaporating droplets, i.e. the coffee ring effect, plays a crucial role in phenomena as diverse as thin-film deposition, self-assembly, and biofilm formation. Recently, microorganisms have been shown to passively exploit and alter these deposition dynamics to increase their survival chances under harshening conditions. Here, we show that, as the droplet evaporation rate slows down, bacterial mobility starts playing a major role in determining the growth dynamics of the edge of drying droplets. Such motility-induced dynamics can influence several biophysical phenomena, from the formation of biofilms to the spreading of pathogens in humid environments and on surfaces subject to periodic drying. Analogous dynamics in other active matter systems can be exploited for technological applications in printing, coating, and self-assembly, where the standard coffee-ring effect is often a nuisance.