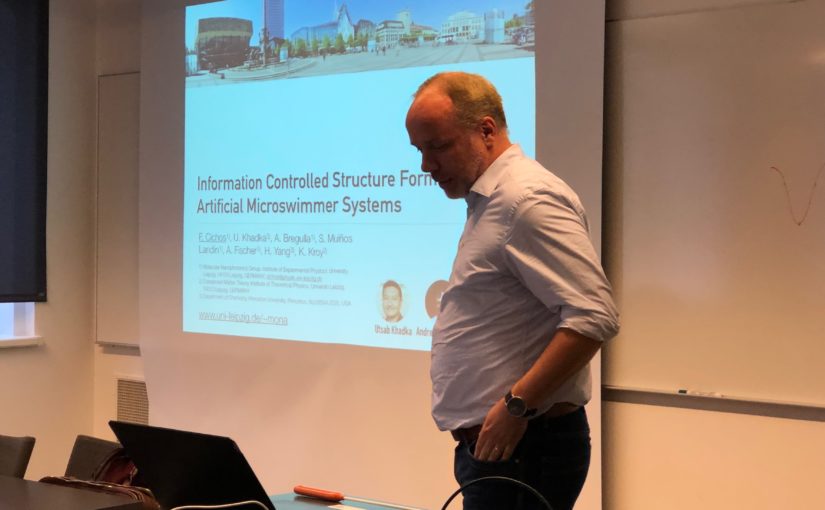 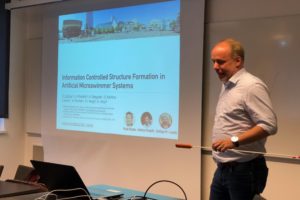 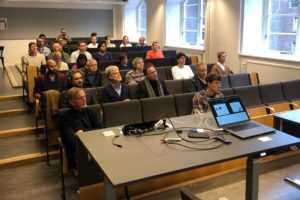 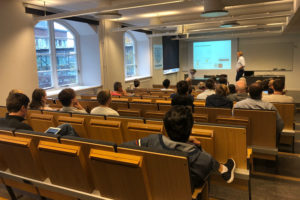 Abstract: Self-organization is the generation of order out of local interactions in non-equilibrium. It is deeply connected to all fields of science from physics, chemistry to biology where functional living structures self-assemble and constantly evolve all based on physical interactions. The emergence of collective animal behavior, of society or language are the result of self-organization processes as well though they involve abstract interactions arising from sensory inputs, information processing, storage and feedback resulting in collective behaviors as found, for example, in crowds of people, flocks of birds, schools of fish or swarms of bacteria.
We introduce such information based interactions to the behavior of self-thermophoretic microswimmers. A real-time feedback of swimmer positions is used as the information to control the swimming direction and speed of other swimmers. The emerging structures reveal frustrated geometries due to confinement to two dimensions. They diffuse like passive clusters of colloids, but posses internal dynamical degrees of freedom that are determined by the feedback delay and the noise in the system. As the information processing in the feedback loops can be designed almost arbitrarily complex systems with mixed feedback delays and noise will give rise to new emergent dynamics of the self-organized structures. The presented control schemes further allow the integration of machine learning algorithms to introduce an adaptive behavior of swimmers.