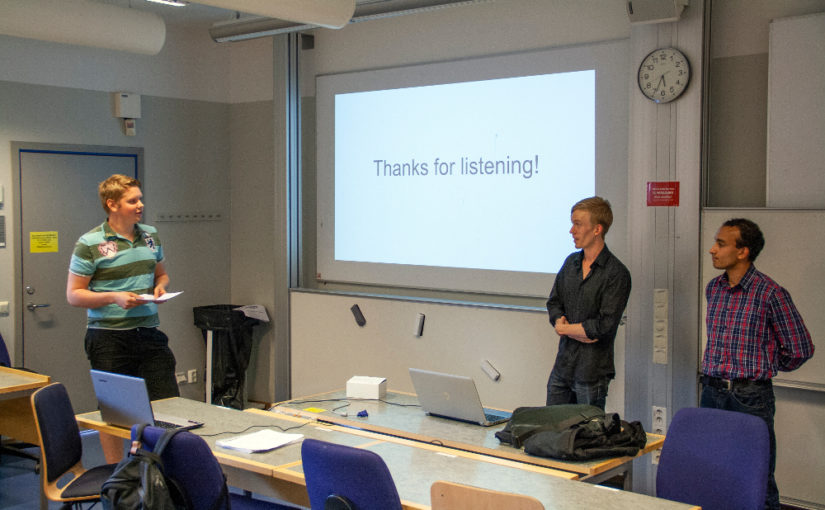 The purpose of this work is to study how the behaviour of robots changes when the data from their sensors is affected by a certain delay. Robots of the model Elisa-3 were therefore studied while performing Brownian motion and with certain features varying as a function of the intensity measured by its sensors. Introducing a delay and varying its sign is shown to have a significant effect on a robot’s behavior. A single robot moving in an intensity field is either drawn to or avoiding higher inten- sities for a positive or a negative delay respectively. In this case experimental data show good agreement with simulated behavior. Simulations also show that multi- ple robots should form clusters when interacting under the influence of a positive delay; however, only weak tendencies towards cluster formation can be seen in the experiments.