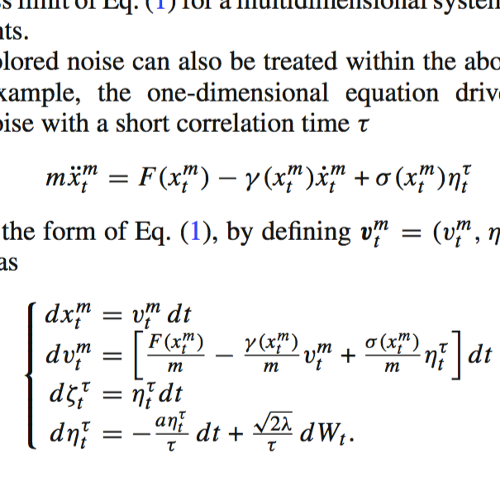 We study a class of systems of stochastic differential equations describing diffusive phenomena. The Smoluchowski-Kramers approximation is used to describe their dynamics in the small mass limit. Our systems have arbitrary state-dependent friction and noise coefficients. We identify the limiting equation and, in particular, the additional drift term that appears in the limit is expressed in terms of the solution to a Lyapunov matrix equation. The proof uses a theory of convergence of stochastic integrals developed by Kurtz and Protter. The result is sufficiently general to include systems driven by both white and Ornstein–Uhlenbeck colored noises. We discuss applications of the main theorem to several physical phenomena, including the experimental study of Brownian motion in a diffusion gradient.