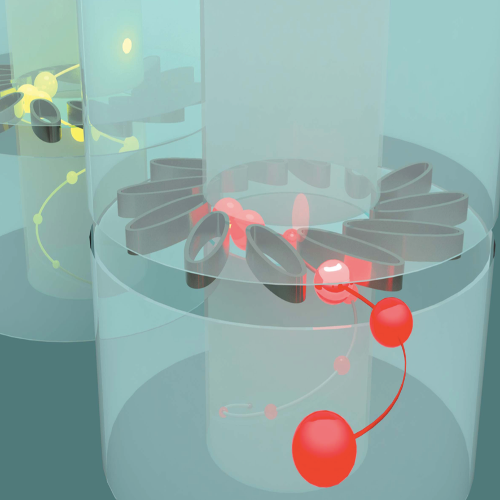 Microscopic swimmers, e.g., chemotactic bacteria and cells, are capable of directed motion by exerting a force on their environment. For asymmetric microswimmers, e.g., bacteria, spermatozoa and many artificial active colloidal particles, a torque is also present leading to circular motion (in two dimensions) and to helicoidal motion (in three dimensions) with a well-defined chirality. Here, we demonstrate with numerical simulations in two dimensions how the chirality of circular motion couples to chiral features present in the microswimmer environment. Levogyre and dextrogyre microswimmers as small as 50 nm can be separated and selectively trapped in chiral flowers of ellipses. Patterned microchannels can be used as funnels to rectify the microswimmer motion, as sorters to separate microswimmers based on their linear and angular velocities, and as sieves to trap microswimmers with specific parameters. We also demonstrate that these results can be extended to helicoidal motion in three dimensions.