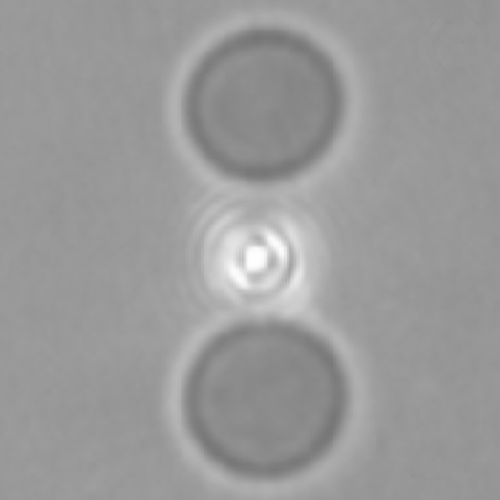 We suggest an approach to microrheology based on optical traps capable of measuring fluid fluxes around singular points of fluid flows. We experimentally demonstrate this technique, applying it to the characterization of controlled flows produced by a set of birefringent spheres spinning due to the transfer of light angular momentum. Unlike the previous techniques, this method is able to distinguish between a singular point in a complex flow and the absence of flow at all; furthermore it permits us to characterize the stability of the singular point.