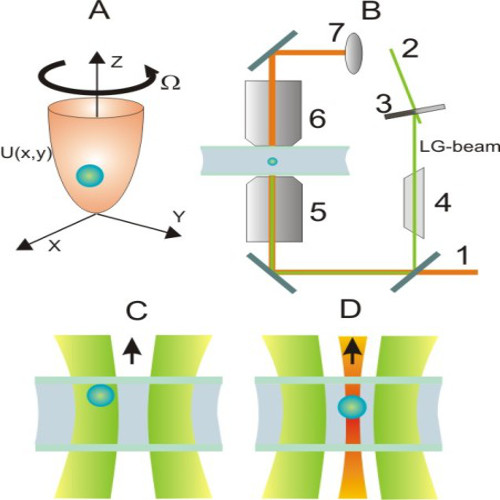 We report the statistical analysis of the movement of a submicron particle confined in a harmonic potential in the presence of a torque. The absolute value of the torque can be found from the auto- and cross-correlation functions of the particle’s coordinates. We experimentally prove this analysis by detecting the torque produced onto an optically trapped particle by an optical beam with orbital angular momentum.